What are we doing here?

The Session (also known as Beer Blogging Friday) is a opportunity, once per month, for beer bloggers around the world to pen their different thoughts on a specific topic set by that month’s host.
I’ve never taken part in The Sessions before, but this month it is hosted by a beerfriend of mine, so it seemed like a good idea to dive in. Although I call him a beerfriend, I’ve never actually met Glen – but that doesn’t matter in the craftbeer world.

Compulsion! The OED defines compulsion as [1] the action or state of forcing or being forced to do something, [2] an irresistible urge to behave in a certain way. Both of these definitions describe the reaction felt when a beergeek sees beer for sale.

By the way, I use the term beergeek in an entirely non-derogatory way. I am one myself!

Which of the two definitions is most appropriate depends upon what you consider to be the driving force behind the purchase. Definition number 1 gives a little space to be able to share the blame. It worth noting, though, that citing the phrase “the beer made me do it” won’t win you any points in the spousal disagreement that might follow. Definition number 2 doesn’t give any wriggle-room; it implies that the purchase is entirely the fault of the purchaser. Which let’s face it, it is!

So, why do beergeeks have an irresistable urge to behave in a certain way (ie buy beer)?
It might be a desire to try something new, or stock up on an old favourite. It might be to bag that “must-have” collectable, or simply to be able to sleep at night knowing that the cellar is rammed full.

For me, it’s a mixture of all of the above… I’m still very much a learner in the craft beer world, so a large component of the compulsion that I feel, stems from my desire to learn. I want to taste beers that I have heard about, to compare what I taste with what I “should” taste. I want to be able to calibrate my palate against people who know more than I do (everyone else blogging on this topic today?) and can pick the faults. I want to learn more about specific styles, and specific breweries. I want to learn more about the different malts, and different hops, and different yeasts.

But more than anything, I don’t want to miss any of my craft beer adventure. Every beer is another lesson, another conversation, another leg of my journey.

There was a man, far greater than I, whose words can summarise the answer to the question of compulsion. He felt an irresistible urge to behave in a certain way, and he was knighted for it. His name was Sir Edmund Hillary, and when asked why he was compelled to climb Everest he answered quite simply “Because it’s there!“.

What people have to say… 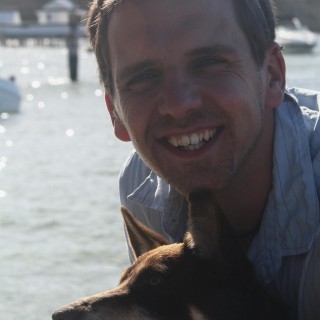